Capitalism apologists frequently use a very common argument (to the point that it has become a cliche) to defend the capitalist system. They often support - in the context of a pseudo-rational dominant perception - that financial crises is a kind of a natural phenomenon and that capitalism will always survive, no matter what.

Yet, today there are signs showing that we are probably living in a unique moment in history. For the first time, there is a constant and bizarre atmosphere of uncertainty, inside which, only one certainty manages to survive: that another major crisis is about to come. The only question is "when".

Indeed, in the past, capitalism was always finding ways to escape dead ends and contradictions, through its ability to transform itself and mutate. Yet, after major financial crises, a big war was necessary to restart that process. However, the last mutation of capitalism, which has started about four decades ago, appears to contain the tools of its final demolition. Financial capitalism, accompanied with the corresponding neoliberal ideology, created a deeply unequal and unstable system. 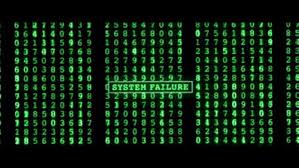 The mainstream neoliberal ideology has penetrated in almost every aspect of life. Naturally, the so-called political center, especially in the West, has been bought by that ideology. In our strange times, establishment politicians have adopted a completely distorted perception of reality, in which, their political amoralism is often considered something natural and justifiable.

This blatant dysfunctionality continuously grows through a vicious cycle in which the system produces types of politicians who have no real vision and zero ability to foresee developments. Therefore, they have absolutely no idea how to handle another major crisis, and, naturally, their only option is to mobilize all energy and means to save that system from definite collapse, just to keep it alive until the next crisis.

We are now exactly at the point where we should expect another major war, after the big financial crisis of 2007-08, that will permit the system to survive. Only this time, a WWIII is not an option because with all this terrifying nuclear arsenal, it would probably mean the end of civilization.

So, what should we expect to happen after the next big financial meltdown?

It seems that the only answer to that question is that the system will be probably crushed beyond repair. This is as far as we can go, for now.

Hyper-automation evolves rapidly, throwing millions out of the working force. Small-medium businesses are being eliminated by a system in which only the big players have direct access to the printing and digital money machine, and creates bubbles of all sizes that finally burst, more and more frequently. And, despite the inflating instability, the elites continue to accumulate capital as if they are preparing for the final collapse, no longer being able to maintain their failed model.

Meanwhile, the only reverse contribution of that system to the planet, is the rapid environmental degradation with immeasurable impact to our lives in the close future. And, of course, the constant threat of a nuclear holocaust through an accident, or through a creepy, lunatic clown in power who will finally push the button.

Above all, and perhaps the most frightening, is that this is a picture of a system that makes absolutely no sense.

We are running out of time. And maybe it's too late already ...