It was the turn of Warren Buffett and his loyalists to attack not only on Bitcoin, but this time, on other CryptoCurrencies too. As RT reports:

Warren Buffett said he doesn’t own a single bitcoin and has no plans of investing in it, with the billionaire predicting a “bad ending” for cryptocurrencies. “In terms of cryptocurrencies, generally, I can say with almost certainty that they will come to a bad ending," Buffett told CNBC's ‘Squawk Box’ program on Wednesday.

According to the chairman and CEO of Berkshire Hathaway, he will not take a short position on bitcoin futures. "We don't own any, we're not short any, we'll never have a position in them," he said. "I get into enough trouble with things I think I know something about. Why in the world should I take a long or short position in something I don't know anything about," the billionaire investor explained.

Buffett's stance was fully backed by his right-hand man, billionaire Charlie Munger, who also appeared on the program and called bitcoin and its fellow cryptocurrencies “bubbles.” Investors “are excited because things are going up at the moment and it sounds vaguely modern... But I'm not excited,” he said. 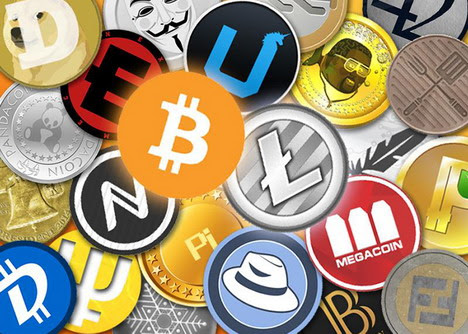 Let's remember previous attacks made by the Wall Street 'Gurus' against CryptoCurrencies quite recently:

- JPMorgan CEO Jamie Dimon's statement about Bitcoin could be considered the official war declaration on the digital currency by the global financial mafia. Dimon's remarks were quite impressive: "It's worse than tulip bulbs. It won't end well. Someone is going to get killed," Dimon said at a banking industry conference organized by Barclays. "Currencies have legal support. It will blow up." Dimon also said he'd "fire in a second" any JPMorgan trader who was trading bitcoin, noting two reasons: "It's against our rules and they are stupid."

- Then, it was the turn of another Wall Street 'big boss' to continue the war. As The Guardian reported: The boss of Goldman Sachs became the latest high-profile critic of bitcoin, claiming it was a vehicle to commit fraud as the value of the cryptocurrency plunged 20% in less than 24 hours. Lloyd Blankfein, chief executive of the US investment bank, said: “Something that moves 20% [overnight] does not feel like a currency. It is a vehicle to perpetrate fraud.”

Bitcoin's skyrocketing value, as well as the obvious panic of the Western banking cabal could be explained by a sequence of recent events.

Recall a recent statement made by the Head of the Russian Direct Investment Fund (RDIF), Kirill Dmitriev, that the BRICS are considering to create their own CryptoCurrency for the purposes of global commerce.

As has been described recently, Russia also made a first move to issue its own CryptoCurrency. While Vladimir Putin implied that CryptoRouble comes as a natural attempt by Russia to participate in rapid developments in the sector of monetary and commercial transactions, it is quite probable that there are other reasons too. At the time where Russia struggles to overcome continuous sanctions by the West and BRICS seek complete independence from the Western monetary monopoly, the move could contribute significantly towards the achievement of both of these goals.

Finally, the fact that China is ready to dominate the CryptoCurrency markets using supercomputer power superiority, and probably become the key issuer of a possible BRICS CryptoCurrency in the close future.

This is a picture of a rising, major economic bloc, trying to decouple its national economies from the devastating consequences of the global domination of US Dollar. So, this is something that explains the panic which spreads rapidly among the representatives of the Western banking cabal.

Yet, Buffett's statements above could be considered a threat too. We mentioned that the problem is not just that the Bitcoin market is dangerously resembling the functioning of the casino capitalism. That's how financial capitalism works for more than forty years now, based on the dollar as the global reserve currency. A system created by the neoilberal doctrine and gave us big financial crises, instability, inequality.

The biggest problem is that, since one can buy Bitcoins with classic currencies, the Bitcoin market is automatically connected to that system. Which means that, sooner or later it will be 'contaminated' by attracting, for example, all kinds of speculators coming from the 'dark side' of the dollar-dominated financial capitalism.

Which means that, although Bitcoin is a decentralized CryptoCurrency, the Western banking cabal knows how to destroy it: simply by 'contaminating' it with all the speculative factors that are necessary to create a big bubble that will burst (although not that easily in the case of CryptoCurrencies).

Therefore, the Western banking cabal will seek to destroy Bitcoin before it finds a safety net in a system flooded with decentralized CryptoCurrencies and other CryptoCurrencies issued by a major rival bloc.