Donald Trump prepares ground for the next targets of the US imperialism: Iran, Pakistan

Two targets at once: Iran, Pakistan. It appears that the 'anti-establishment' Donnie executes faithfully the timeline set by the US deep state concerning the next big targets of the US imperialism. The statements were made right at the beginning of the new year. It seems that Donnie can't wait, he rushes to satisfy all the components of the neocon/neoliberal establishment in the US. As RT reports:

US President Donald Trump apparently decided not to start the New Year with a clean slate, opting to re-ignite old disputes instead. In his first 2018 tweets, the US leader hit out at Iran and Pakistan.

Islamabad was the first to attract the anger of the US leader, as Trump accused it of giving the US “nothing but lies & deceit” in exchange for billions of dollars worth of aid. The president also accused Pakistan of providing safe haven to terrorists that the US is fighting in neighboring Afghanistan.

Islamabad responded to Trump’s tweet by saying it does not need the US aid, and by denouncing Washington’s financial assistance as “paltry.” “We do not need any financial assistance from the United States. We do not care about it. If America wants to stop it, we will loudly say go ahead,” Pakistani Foreign Ministry spokesman Muhammad Faisal said, as cited by the local daily The Nation. He added that, if the US withheld its aid from the Coalition Support Fund, it would “hardly make any difference.”

Islamabad also dismissed US accusations that it harbors terrorist and is doing too little to fight extremists. Pakistani Prime Minister Shahid Khaqan Abbasi, as well as high-ranking military officials, repeatedly stated that “there are no safe havens in Pakistan and the entire nation was committed to its resolve on eradicating terrorism.”

Minutes after lashing out at Pakistan, Trump turned to Iran, saying that the Islamic Republic “is failing at every level.” He also took the opportunity to once again hit out at the 2015 agreement on the Iranian nuclear program, which he called a “terrible deal.”

He also commented on the ongoing massive protests that engulf Iran, saying that Iranians “are hungry… for freedom” and “it is time for change.” He already made a series of similar comments just a day earlier, which provoked an angry reaction in Tehran. 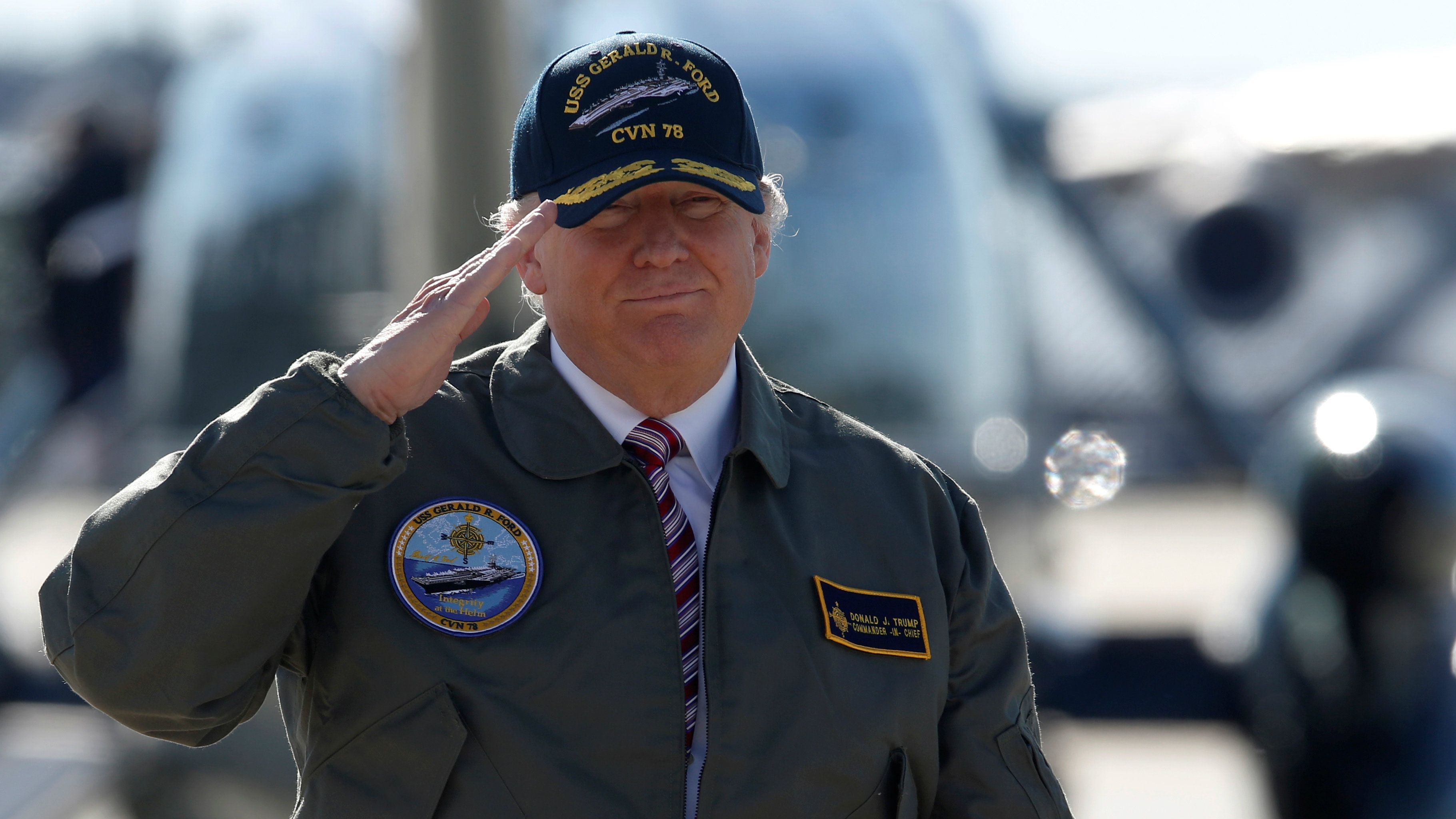 Recall that apart from Trump's statements about Pakistan, other agents of the US military-industrial complex have nearly verified the fact that Pakistan is the next potential target after Afghanistan. We saw retired Colonel Jack Jacobs destroying all pretexts and cynically admitting to Rachel Maddow that the real goal behind the extension of US military presence in Afghanistan is the rich mineral deposits.

In the end, he revealed that Afghanistan will be used also as a major US military base towards the next target, which is Pakistan:

The real problem is actually inside Pakistan and it includes a corrupt government, no control over local areas, a poorly trained army, and so on. None of the things that the president mentioned are going to change that very much, except a commitment to stay in Afganistan for several decades (!!!)

Concerning Iran, there is no secret that the country is being targeted for decades by the United States. We can go back ten years to remember the shockingly revealing interview of the US retired General Wesley Clark to Democracy Now!, where he revealed that the US deep state was planning to go far beyond Iraq war, targeting six more countries. The US objective was to take out 7 countries in 5 years: Iraq, Syria, Lebanon, Libya, Somalia, Sudan, Iran.

Also, remember that at least since 1953, the US intervened to overthrow democratically elected leaders in Iran. Recent documents give further details about covert operations by the Truman and Eisenhower administrations as an adjunct to their respective policies toward Iran, culminating in the overthrow of the democratically elected Iranian PM, Mohammad Mosaddegh, in August 1953.

A particular document reveals that the then Director of Central Intelligence, Allen Dulles, examined the consequence of the "elimination of Mossadeq by assassination or otherwise", although it is not clear whether he refers to a possible operation that would be organized by the CIA.

He also monitors the power of Mossadeq's key opponent at that time, Mullah Kashani, and what would happen if Kashani would take power in case that "Mossadeq were to disappear".

He also describes the connections of the CIA and the British with Quasqai tribal leaders "with the view to eventual organization of resistance in southern Iran if the North should go Communist."

In the document also examines the possibility of a "street machine" that could be organized by Kashani:

As between Mossadeq and Kashani, it appears that Mossadeq has still the greater strength although he has obviously lost some prestige in Parliament and among the people. Kashani’s following, however, is better consolidated in the capital through a well organized “street machine”, which Mossadeq does not possess.

So, when we see violent protests in the streets of Iran our mind naturally goes straight to the American finger ...

July 13, 2020
Much of Latin America is in meltdown with coronavirus cases soaring, bodies piling up, and anger mounting as a new wave of neoliberal leaders who openly reject individualism amid collective public health crisis pour fuel on the fire.
by Alan Macleod
While other continents have largely dealt with the COVID-19 pandemic, much of Latin America is in meltdown, as cases soar, bodies pile up, and anger mounts. Its new wave of neoliberal leaders, mistrustful of collective action in any situation and extolling the virtues of individualism in a collective public health crisis, are making the problem far worse.
Despite having months to prepare for the worst, over 100,000 people have (officially) died in South America already, over two-thirds of them in Brazil. The country’s far-right president Jair Bolsonaro, who came to power in a highly dubious election in 2018 marked by the imprisonment of the runaway favorite Lula da Silva of the left-wing Workers’ Party, has constantly downplayed the threat…
Post a Comment
Read more