Could a Sanders/Corbyn synchronization in power give the final decisive blow against Reagan/Thatcher awful legacy?

In the early 70s, the Watergate scandal forced US President Richard Nixon to resign. This was the only one, so far, resignation by an American president. Only the fact that the "president's men" broke into the offices of the Democratic party to photograph documents and install listening devices, was enough to create a big scandal that went down in history and shocked the American public. 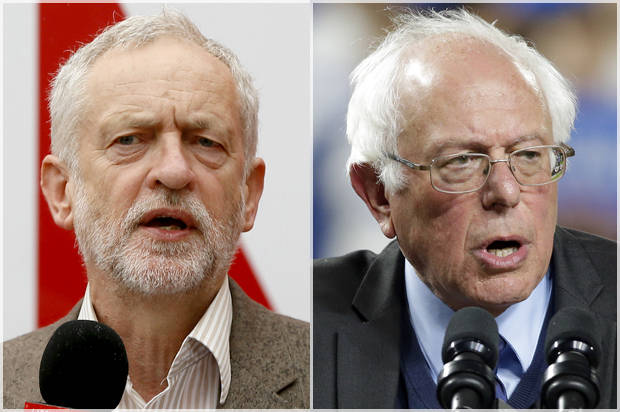 Richard Nixon's name is being connected directly to the Watergate and most of us remember him because of this scandal and the subsequent consequences.

However, in 1971, he proceeded in a much more radical action that actually marked the start of capitalism's more parasitic transformation: he ended the direct convertibility of the US dollar to gold. We could easily say that this decision put the foundations for the absolute domination of financial capitalism and neoliberalism.

Banks and big corporations couldn't wait. Just two years later (September 1973), they proceed to another big experiment, so big that it's still running globally. Through the U.S.-backed military coup in Chile that ousted the democratically-elected President Salvador Allende, they established a 17-year dictatorship led by Augusto Pinochet. Chile became the first lab-rat of neoliberalism. Milton Friedman and the Chicago boys advise dictator Pinochet to kill the state and privatize everything. Chile was occupied by big cartels, US interests companies, people suffered from poverty and from Pinochet's cruel regime.

In 1975, it was the turn of New York City to become the next experimental field of neoliberalism. For thirty years, the politicians who run the city had borrowed more and more money from the banks to pay for its growing services and welfare. But in the early 70s, the middle classes fled from the city and the taxes they paid disappeared with them. So, the banks lent the city even more. But then, they began to worry about the size of the growing debt and whether the city would ever be able to pay it back. And then, one day in 1975, the banks just stopped.

The city held its regular meeting to issue bonds in return for the loans, overseen by the city's financial controller. The banks were supposed to turn up at 11 a.m., but it soon became clear that none of them were going to appear. The meeting was rescheduled for 2 p.m. and the banks promised they would turn up.

What happened that day in New York, marked a radical shift in power. The banks insisted that in order to protect their loans, they should be allowed to take control of the city. The city appealed to the President, but he refused to help, so a new committee was set up to manage the city's finances. Out of nine members, eight of them were bankers.

It was the start of an extraordinary experiment where the financial institutions took power away from the politicians and started to run society themselves. The city had no other option. The bankers enforced what was called "austerity" on the city, insisting that thousands of teachers, policemen and firemen were sacked.

The 80s marked probably the most decisive era for the definite domination of neoliberalism in the political field. Big capital saw its efforts fulfilled with the synchronization of Ronald Reagan and Margaret Thatcher in power inside the 'Meccas' of modern capitalism. 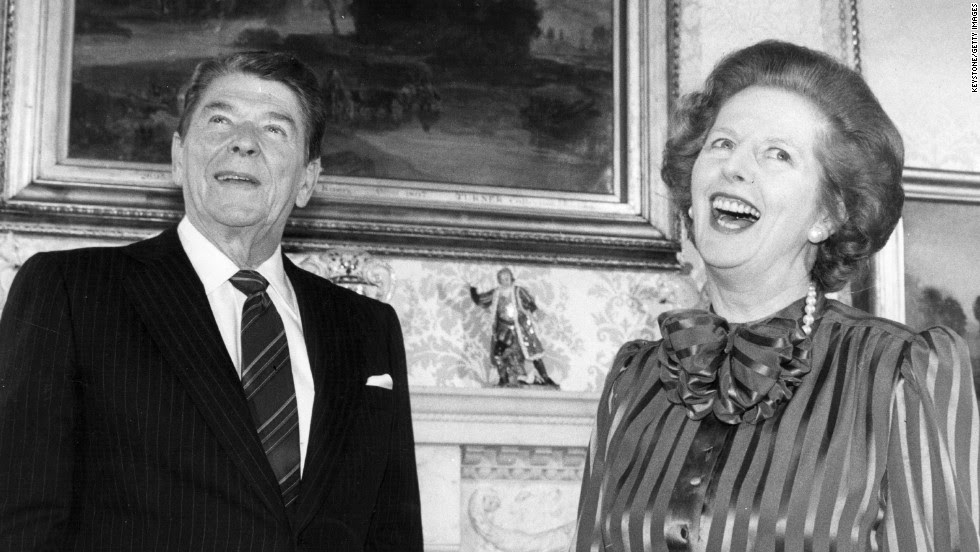 The Reagan/Thatcher sinister duo in power was decisive, not just because of the amount of neoliberal policies implemented in favor of the banking/corporate plutocracy. It marked the transformation of the Democratic Party in the US, as well as Social Democrats in Europe, into another component of the neoliberal apparatus. After the end of the Reagan/Thatcher disastrous era and the death of Soviet Union, neoliberalism had taken over all the main political powers and institutions.

Institutions like IMF expanded the disaster of neoliberal policies into other geographic areas during the 90s, like Russia and SE Asia. But neoliberalism and casino capitalism brought another major crisis inside the West in 2008.

A whole new generation in the West now sees the neoliberal fairy tale fully exposed. What this 'model' is offering now is more inequality, more unemployment, more ridiculously low-paid jobs, destruction of social state, plus, more authoritarianism under the pretext of terrorism. So, most importantly, what is not offering, especially to the young people, is hope for a better future. As a natural consequence, the younger generations turned massively to political figures that could make the difference, like Jeremy Corbyn and Bernie Sanders.

The establishment paints these two politicians as 'radicals' just because they want to bring back some socialist policies that were taken for granted a few decades ago, even in the capitalist West. The establishment was terrified with the thought that someone like Bernie Sanders could become the next US president, so it did everything to throw him out of the path to power. And the elites were shocked to see that, despite the disgusting propaganda by their media, the Labour party under Jeremy Corbyn regained significant power against Theresa May who gambled and lost.

Neoliberal tricks don't work anymore. Mainstream media propaganda is not effective. We're probably one step before the final demolition of this ruthless system. Could a Sanders/Corbyn synchronization in power give the final decisive blow against Reagan/Thatcher awful legacy?