September 12, 2017
On Monday February 27th, 2012, WikiLeaks began publishing The Global Intelligence Files, over five million e-mails from the Texas headquartered "global intelligence" company Stratfor. The e-mails date between July 2004 and late December 2011. They reveal the inner workings of a company that fronts as an intelligence publisher, but provides confidential intelligence services to large corporations, such as Bhopal's Dow Chemical Co., Lockheed Martin, Northrop Grumman, Raytheon and government agencies, including the US Department of Homeland Security, the US Marines and the US Defence Intelligence Agency. The emails show Stratfor's web of informers, pay-off structure, payment laundering techniques and psychological methods.

A peculiar letter that appears it has reached Stratfor, one of the key US think tanks, describes some pre-9/11 events as part of an operation allegedly designed by the Israeli national intelligence agency, Mossad. The letter contains impressive details about the alleged operation and it seems that it has been sent through the contact form at Stratfor website. 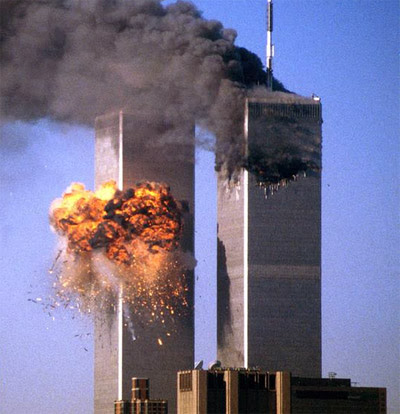 The author of this info under the title “Mossad ran 9/11 Arab "hijacker" terrorist operation”, appears to be Wayne Madsen*. Below, you can read some indicative parts:

Although the letter had been circulated in various websites and forums, doesn't seem to have drawn too much attention.

* From Wikipedia, Wayne Madsen (born April 28, 1954) is an American journalist, author and columnist specializing in intelligence and international affairs. He is the author of the blog Wayne Madsen Report. He has been described as a conspiracy theorist.

Between 1985 and 1989 Madsen held a series of jobs, first working for RCA as a government consultant on contracts for the National Security Agency (NSA). Later he worked for the Navy's Naval Data Automation Command as a civilian employee. After this Madsen briefly established his own consulting firm, then worked for the National Bureau of Standards, and later for the State Department. In 1990 Madsen joined Computer Sciences Corporation, working there from 1990 until 1997, when he joined the Electronic Privacy Information Center (EPIC) as a senior fellow. In 1998, while at EPIC, Madsen was described by journalist Jason Vest in the Village Voice as one of the world's leading SIGINT and computer security experts. In late January 2005 Madsen left EPIC. While at EPIC he appeared as a guest on 60 Minutes, ABC Nightline, Voice of America, National Public Radio, and Marketplace.

He has been described as an "odd individual" devoted to writing in an area that "teeters on a slippery slope, at the foot of which is the whole repository of Internet-perpetuated conspiracy theories" which leads to much of his writing being treated with skepticism. In 2005 Madsen began working as a free-lance journalist. He produces a blog called the Wayne Madsen Report. His articles have appeared in publications such as CorpWatch, CounterPunch, CovertAction Quarterly, In These Times, Multinational Monitor, The American Conservative, The Progressive and The Village Voice. His columns have appeared in the Atlanta Journal-Constitution, Columbus Dispatch, Houston Chronicle, Philadelphia Inquirer, Miami Herald and the Sacramento Bee. He appeared on WETA-TVs "White House Chronicle" in January 2012. He is a frequent contributor to The Alex Jones Show. He has appeared as a guest on Al Jazeera, Russia Today, Press TV, and CNBC.

In 2003 he claimed that he had uncovered information in a classified congressional report that he said contained information linking the September 11 attacks to the government of Saudi Arabia and the Bush administration through financial transactions with the hijackers. The Saudi Foreign Minister demanded the report be declassified so it could respond, however, the Bush administration refused, claiming that to do so would compromise intelligence sources and methods.