It is quite evident that the far-right in the West managed to gain significant power, not only because it grabbed the role of the central anti-establishment force, but because it has stolen all the basic positions of the leftist ideology and transformed them into easily-consumed slogans for the masses. 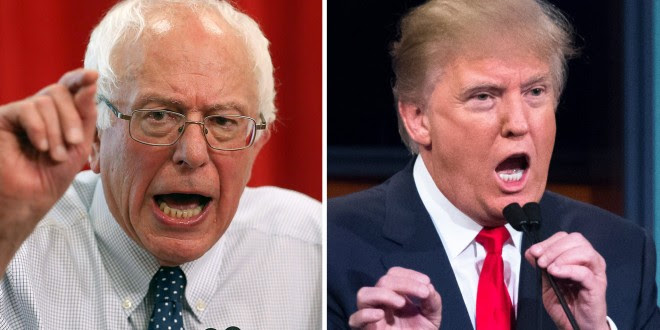 The far-right leaders frequently attack on bankers and the political-economic elites, yet they direct their main rhetoric firepower against the usual victims: vulnerable parts of the population, like immigrants.

The fact that the far-right has stolen the positions of the left and put them into its own framework, permitted the establishment apparatus to put under the sign of 'populism', almost anything that resides between, say, neo-nazi formations, up to the non-parliamentary far-left, except of course the traditional political powers that faithfully serve neoliberalism to date. However, this broad range of ideological shades includes numerous and often opponent ideologies.

As a consequence, the leftist leaders in the West are called 'radicals' and 'populists' too.

The trick has to do with a common practice of the neoliberal establishment. We saw it with the 'identity politics' method in the UK and US elections. Through 'populism', everyone not aligned with the establishment is stigmatized as demagogue and unrealistic. The huge ideological differences between the far-right and left, which is the substance in politics, are hidden under the carpet through this trick.

Observe the huge contradiction here: The establishment narratives accuse all kinds of 'populists' for being simplistic, having a kind of Manichaeistic logic, often 'unrealistic'. Yet, at the same time, the same narratives foolishly demolish every ideological difference through this absurdly simplified trick described above.

But there is more.

Probably less than two decades ago, the same political establishment that now serves faithfully the neoliberal doctrine, was using a clearly populist rhetoric to attract voters. This was something very common, especially among many politicians from the social-democrats and the popular right in Europe. It was the time that the bubble economy was still offering fake prosperity, and the common currency became the Trojan Horse of the bankers to establish their permanent sovereignty over the nation-states.

But the big bubble burst in 2007-08. The elites had to alter the common narratives in order to maintain the current status in which the bankers and the big corporations should be left untouched, so that the bill for the crisis should go to the usual victims, the ordinary people. Suddenly, the old populists became 'responsible' managers of the societies who are 'telling the truth' to the people.

This remarkable transformation concerns not only the traditional political powers as a whole - who have enriched their political arsenal with fresh personalities closer to neoliberalism. It concerns specific politicians who were transformed, literally in one night, from 'irresponsible' and 'unrealistic' populists to 'responsible pragmatists' who are not trying to manipulate the electorate!

But still, that was not enough.

The concept of 'populism' itself had to be changed. The establishment apparatus had to 'relocate' some basic features of populism, away from the new conditions that the elites want to impose.

Therefore, it is 'unrealistic', for example, to believe that healthcare should be provided by the state for everyone (which is something taken for granted less than two or three decades ago), simply because the rich want to pay less and less taxes in order to gain more and more. It is 'irresponsible' to support people in just keeping their benefits under the pretext of economic instability. The economic chaos of course always comes from this system that propagates this perception.

As a result of all these, people who are coming from the left and speak about pro-people policies, are stigmatized by the establishment apparatus as 'populists' who try to manipulate the masses. They have been placed next to far-right politicians who have totally different agenda and actually do the dirty job for the elites. In reality, these leftist politicians are just trying to defend what has been conquered with struggles and blood by the people in previous eras, against this new brutal onslaught of neoliberalism.

The ultimate goal of the establishment is simple: drive the electorate away from the 'dangerous' and 'radical' left, back to the neoliberal center, which is promoted as the only 'serious' and 'realistic' political regime capable of running societies efficiently.