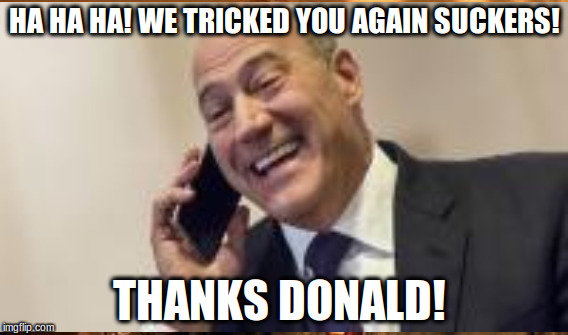 The WIKILEAKS Public Library of US Diplomacy (PlusD) holds the world's largest searchable collection of United States confidential, or formerly confidential, diplomatic communications. As of April 8, 2013 it holds 2 million records comprising approximately 1 billion words. The collection covers US involvements in, and diplomatic or intelligence reporting on, every country on earth. It is the single most significant body of geopolitical material ever published. The PlusD collection, built and curated by WikiLeaks, is updated from a variety of sources, including leaks, documents released under the Freedom of Information Act (FOIA) and documents released by the US State Department systematic declassification review.   globinfo freexchange   A February, 2010 cable coming from the US embassy in Moscow, reveals that the US was seeking to involve Russia in the efforts to manage the chaos in Afghanistan.   A particular phrase in the summary reveals that the Americans had already tried to
Post a Comment
Read more

globinfo freexchange   In his documentary The Power Of Nightmares , Adam Curtis gives the details of how the Americans essentially invented al-Qaeda and how the neocons re-emerged after the 9/11 attacks to exploit this myth.   The result was the devastating wars in Afghanistan and Iraq:   For beyond his own small group, Bin Laden had no formal organization. Until the Americans invented one for him. In January 2001, a trial began in a Manhattan courtroom of four men accused of the embassy bombings in east Africa. But the Americans had also decided to prosecute Bin Laden in his absence. But to do this under American law, the prosecutors needed evidence of a criminal organization because, as with the Mafia, that would allow them to prosecute the head of the organization, even if he could not be linked directly to the crime. And the evidence for that organization was provided for them by an ex-associate of Bin Laden's called Jamal Al-Fadl.   The picture Al-Fadl drew for the Americans
Post a Comment
Read more

globinfo freexchange   It took only a few days for the US declining empire to return to Afghanistan after its disorderly retreat under Biden's order. And what a surprise: another drone strike, another murder of civilians - kids among them, another war crime. That is, the routine outcome of every US military intervention the last decades. It was a matter of time before "uncle Joe" bent to the enormous pressure by the sinister war machine. The combined, stormy attack by the corporate media and the deep state against his decision to withdraw the US forces from Afghanistan, created a suffocating situation. And while the Western propaganda machine announced the definite withdrawal of the US forces from the Afghan soil - after the new US war crime - the pressure and harsh criticism on Biden never ended. On the contrary, it seems that the criticism against his decision to withdraw all US forces is getting more and more intensive. The Western propaganda machine not only had nothi
2 comments
Read more

Bad Faith   Marxist economist Richard Wolff and Pulitzer Prize winning journalist and theologian Chris Hedges weigh in on whether there is a moral maximum income, by what standard we should judge leftists who become wealthy in the course of their advocacy, and why the left is so easily distracted by superficial internecine battles, like the one over Hasan Piker's house, during this time of great crisis.    They then move on to discuss more substantive divides on the left, and whether the so-called "institutional left's" theory of power is, in fact, demobilizing people at the very moment they should act. It's a banger.
Post a Comment
Read more

Democracy Now!   Jeremy Corbyn, one of the leading critics of the Afghan War in Britain, on the Taliban takeover in Afghanistan.    He says critics who warned against invading Afghanistan, and later Iraq, have been vindicated, and calls for an official inquiry into the war.    “ It’s horrible to read back to 2001 and 2003 and say all the worst predictions that any of us ever made have all come to pass, ” Corbyn tells Democracy Now!
Post a Comment
Read more

Going Underground Legendary journalist and filmmaker John Pilger on the takeover of the Taliban in Afghanistan. He calls the US military a killing machine and discusses why the Afghanistan War must be viewed through the lens of Western imperialism, the scale of civilian casualties and destruction of Afghanistan by NATO countries, how the US created today’s situation by supporting Afghan jihadist forces against the Soviet Union throughout the Cold War, the social progress and progressive reform lost to history with the fall of the Soviet-backed PDPA government in Afghanistan. Pilger also discusses the anniversary of the Pinochet coup in Chile and the trial of WikiLeaks founder Julian Assange.
Post a Comment
Read more