Recently, journalist Yasha Levine claimed direct connection of the Tor browser project with a CIA spinoff known as the Broadcasting Board of Governors (BBG), based on information obtained through FOIA. As described by the journalist:

The Tor Project, a private non-profit that underpins the dark web and enjoys cult status among privacy activists, is almost 100% funded by the US government. In the process of writing my book Surveillance Valley, I was able to obtain via FOIA roughly 2,500 pages of correspondence — including strategy and contracts and budgets and status updates — between the Tor Project and its main funder, a CIA spinoff now known as the Broadcasting Board of Governors (BBG). These files show incredible cooperation between Tor and the regime change wing of the US government.

According to Levine’s research, Tor received “almost 100 percent” of its funding from three US government agencies: the Navy, the State Department, and the BBG. In collaboration with government agencies, Tor even drew up plans to deploy their anonymity tool to countries that Washington was actively working to destabilize – including China, Iran and Russia.

Although Levine claims there was never any doubt that Washington had repurposed Tor as a “foreign policy weapons” – arming foreign dissidents with the power to communicate anonymously – he says that his document cache shows “collaboration between the federal government, the Tor Project and key members of the privacy and Internet Freedom movement on a level that was hard to believe.”

The alarming revelations from Levine’s data dump are not the first to have implicated Tor in plotting with the US government, however. In 2016, a Tor developer was caught creating malware for the FBI to help the agency spy on users of the supposed anonymity tool. 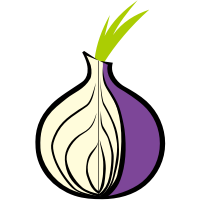 The alpha version of Tor, developed by Syverson and computer scientists Roger Dingledine and Nick Mathewson and then called The Onion Routing project, or TOR project, launched on 20 September 2002. The first public release occurred a year later. On 13 August 2004, Syverson, Dingledine, and Mathewson presented "Tor: The Second-Generation Onion Router" at the 13th USENIX Security Symposium. In 2004, the Naval Research Laboratory released the code for Tor under a free license, and the Electronic Frontier Foundation (EFF) began funding Dingledine and Mathewson to continue its development.

From this period onward, the majority of funding sources came from the U.S. government.

An internal Stratfor email through WikiLeaks confirms that Tor was created by the United States Navy Research Laboratory and it had become a key tool for the protesters during the uprisings in the so-called 'Arab Spring', especially in Egypt and Syria:

Tor (The Onion Router) is a free anonymous network browser available to anyone to use or abuse on virtually any PC (not macs or linux systems?). It was originally created and deployed by the United States Navy Research Laboratory in 2003 to provide secure governmental communications.

Today this software can be downloaded and used by anyone without license or charge so they, like the military, can communicate on a network that will provide full anonymity and privacy from network surveillance. The idea and application of the anonymous network, Tor, is somewhat old news; however, its original intended use for journalists, ordinary people, the military, and law enforcement to communicate on a private channel that is virtually untraceable and hack-proof (be careful here - "hacking" can be defined broadly to include DDOS and social engineering spam - both of which can affect TOR).

It has enabled Chinese dissidents a means to possibly combat the a**Great Firewall of Chinaa**, Egyptian protestors in its recent revolution to circumvent Hosni Mubaraka**s Internet shutdown; as well as, Syrian bloggers to communicate with other protestors around the globe using encrypted messages.

Unintended and criminal uses of Tor include pedophiles peddling child pornographic material, drugs being purchased through the network using the cryto-currency bitcoin and to be shipped via the postal service to the buyers homes, (alleged? need to be clear HOW we know about all of these activities) money laundering and weapon manufacturing material to be released, and contract killers and prostitutes to be bought all by the click of a mouse.

Yet, the most interesting part comes in the description of 'Tor Network Intended Users', where in the list we find that “Law enforcement uses it for surveying websites without leaving government IP addresses in web logs and for security stings.”, indicating that Tor is a powerful surveillance tool in the hands of the US intelligence.